I am not a police interrogator, scientist, or other expert… I am however a mother & people watcher.

Years ago, when I wrote articles on How to Detect Lies & Eye Movement and Lying — I knew of the Micro expression theory, but had a difficult time researching the subject well enough to relay it into an article.

Recently, I’ve come across tons of new research, websites, articles, videos, etc. about micro expressions and believe anyone who reads my old articles about lying & body language would benefit from micro expression research and theory.

What are Micro Expressions?

A micro expression is a momentary involuntary facial expression — that people unconsciously display when they are hiding an emotion. They are quick & intense expressions of concealed emotion.

The main points to remember are that micro expressions are:

Brief – Micro-expressions can appear then disappear off the face in a fraction of a second. In other words micro-expressions occur so quickly, that most people don’t even notice them. 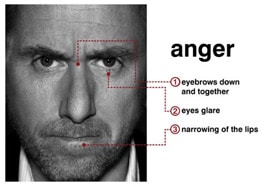 Involuntary – A micro-expression is caused by involuntary movements in facial muscles. (See the fake-smile illustration ). Most people cannot control these involuntary muscles which are affected by their emotions. 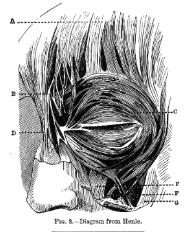 . Also worth noting is Guillaume Duchenne

and the Duchenne Smile.

Most websites I can find next list William Condon as a pioneer who studied hours of tapes in the 1960s frame by frame to discover micro movements like micro expressions. I can find little info on this research but there is some other interesting body language & verbal expression / NLP research by a Dr. William S. Condon

(I’m 99% sure it’s the same dude – contact me if you have any info on the 1960s micro expression research by Condon as cited on wikipedia). Others mentioned as pioneering researchers in the field include John Gottman and Paul Eckman.

Dr. Paul Ekman’s research (along with the work of Silvan Tomkins

) in the study of emotions and their relation to facial expressions took Darwin’s work to the next level proving that facial expressions of emotion are not culturally determined, but biological in origin and universal across human cultures. Eckman co-developed the Facial Action Coding System (FACS)

with Wallace V. Friesen in 1976. FACS is a system to taxonomize human facial expressions, and still used today by psychologists, researchers and animators.

Dr. Ekman has published many books on emotions, facial expressions and lie detection including Unmasking the Face: A Guide to Recognizing Emotions From Facial Expressions

and Telling Lies: Clues to Deceit in the Marketplace, Politics, and Marriage.

Micro Expressions betray us when we lie. We can try to cover our feelings with fake smiles, but involuntary face muscles reveal this hidden emotions. Seeing is easier, watch this short video:

While most people can be trained to recognize micro expressions and other deceptive cues, some folks are naturals. Ekman calls them “Truth Wizards“

Another important thing to remember about micro-expressions is that they only show what someone is feeling…not whether they lying per-se, and not what they are thinking. The micro-expression only tells you their knee-jerk emotional state. (in my opinion).

I believe (with no proof or scientific basis) that micro-expressions can also reveal emotions that are unconscious or only partially related to whatever is being talk about.

In other words, just because someone says “that’s awesome!” and flashes a brief micro-expression of contempt … doesn’t necessarily mean they are lying about their feelings…. just that there is something about the subject that “bugs” them (and they may not even know it bothers them).

So, you show your friend Sarah a picture of your new dog. She looks at you and says “wow, really cute”, but you catch a micro-expression glimpse of “disgust”. I believe it would be presumptuous to take this as a sign that Sarah thinks your puppy is ugly. She may have been bit by a dog in the past, and that emotion briefly flashed across her face when she looked at the pic of your dog.

( I’m just cautioning readers who can see micro-expressions from simplifying and presuming too much — human thoughts and emotions are complicated! )

Lying Resources, Books & Links (Lie Detection Index Page) Index to all of our lying resource pages, along with additional links, research, videos and books. Start here if you are got here from another website.

For videos check out YouTube for Micro expressions & Paul Ekman